The Platts family, considered to be American cutlery royalty, were involved in many different companies (W.R. Case, Platts & Sons, Northfield Cutlery Co. etc) in the Northeastern part of the United States.  In 1911, H.N. Platts had an idea to move out West to supply pocket knives to ranchers, cowboys, farmers and miners.  Between 1911-c.1950, the tang stamp featured “Western States” in an arch over a straight “Boulder, Colo.”  The logo featured an old buffalo skull.  After 1950, the stamp changed to a straight “Western” over “Boulder, Colo.”  In addition, Westaco was used on pocket knives in the 1930’s while West-Cut was used on hunting knives was used during the same time period.  Popular models include Western States clasp knives, the 932 model with folding saw, W46-8 Fighting knife and V44 Bowie knife.  Check out Ulster Knife Co and Cattaraugus Cut Co knives as well.

Check out these Western Knives that are currently available on eBay.  I appreciate any traffic from these links as I earn a portion of eBay’s commission when an item is purchased, at no extra cost to you. THANK YOU!!! – Jesse, oldpocketknives.com 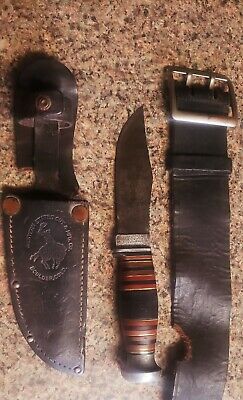 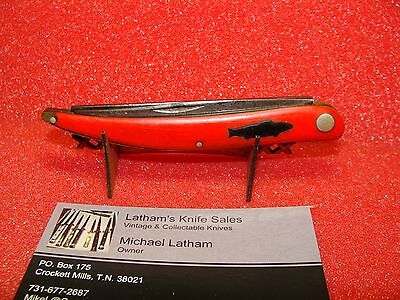 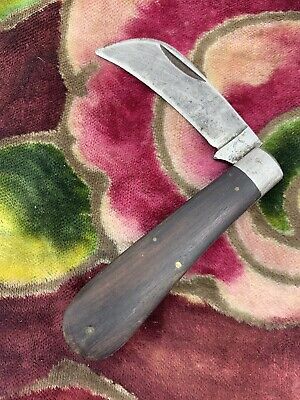 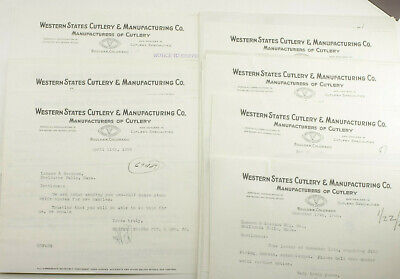 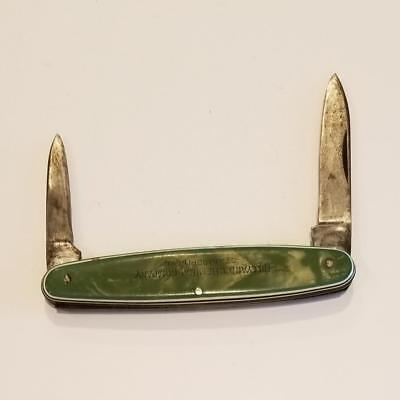